Magic Leap One Is Officially Released, And These VR Development Tools Help Him Make More Effort

Amazon has unveiled a new VR development tool, Sumerian, at the AWS re conference in recent days, hoping to help more developers build WebVR and traditional page apps more easily. Sumerian was built by Goo Technologies, a Swedish start-up that went bankrupt earlier this year, and amazon acquired Sumerian technology by buying it.

Since Sumerian is completely web based, this means developers don't need to install additional software. Sumerian does not require developers to have any coding skills, and its interface is similar to traditional image editing software such as Adobe Photoshop, with a drag-and-drop interface and a visual scripting tool. Sumerian allows developers to select the elements they need from a digital library, such as tables, trees, and carpets, and then drag it into the digital environment they create. It is this feature that makes Sumerian compatible with game engines such as Unity and UE4. In addition, Sumerian allows developers to build "lifelike virtual environments" and fill them with 3D objects and animated characters. In terms of interaction, developers can also write scripts in Sumerian to control their interactions with users.

Viro Media has officially launched a VR/AR development tool, ViroCore, like SceneKit, which ADAPTS android tools to enable developers to use Java for local development of AR/VR. Not only that, ViroCore also supports ARCore, Google Cardboard, Google Daydream and samsung Gear VR.

ViroCore allows developers to build immersive AR/VR applications using their familiar language and tools, and developers can add their required functionality to existing applications, such as Snapchat's Lenses. Since ViroCore belongs to the dedicated game engine that builds VR/AR applications, we can, to a certain extent, see ViroCore as an alternative to the underlying apis such as OpenGL. Resonance system is widely supported by Audio, android, iOS, macOS, Linux and Windows system can be applied, at the same time, it can be compatible with many engine, such as Unreal and FMOD Resonance Audio can provide Unity with operation in advance even reverberation (precalculate reverberation) effect.

It USES the technology in GuGe VR Audio kit to make the instant space available to hundreds of 3D Audio sources. It can not only control the sound effects but also adjust the width, and automatically adjust the sound volume when the experiencer turns its head to the sound source. More importantly, it can also be implemented on lower-performance hardware, such as mobile phones, and subtly alter the effects of high computing.

Apple ARKit and Google ARCore are two major AR platforms, which put many developers into a dilemma. After all, it is really time-consuming and time-consuming to develop applications that are compatible with two platforms. Held earlier this month, in order to alleviate this problem, the Unite of Austin 2017 conference, Jimmy Alamparambil Unity developers and Tim Mowrer shows a AR ARInterface cross-platform development tool, it is understood that the API is designed to help developers create can simultaneously use ARKit and ARCore experience. 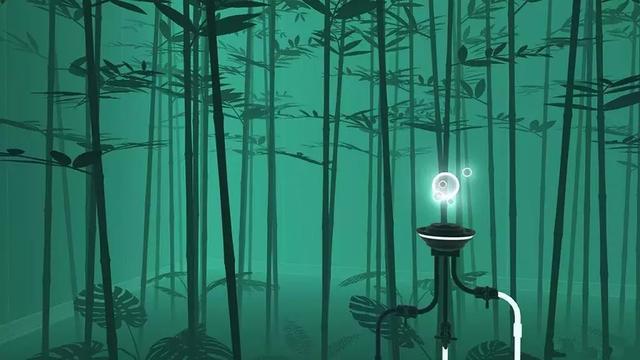